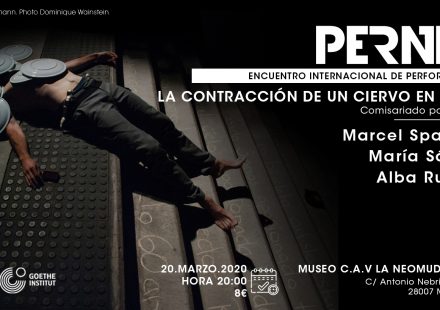 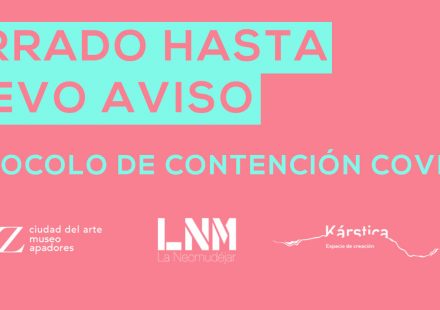 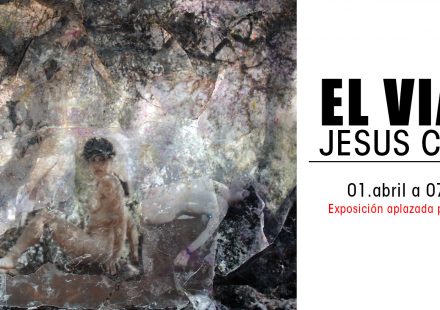 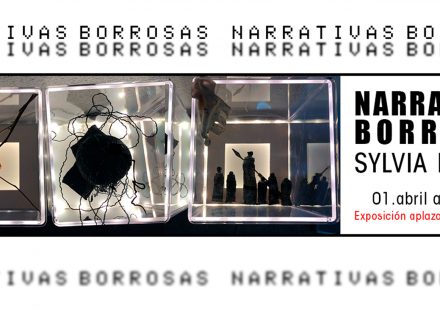 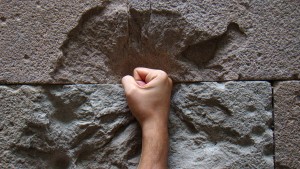 Sam3  feat Amado Nervo
La Puerta – The door
It is an acidic metaphor for bureaucratic procedure performed with the technique of stop-motion, shot entirely in the public
space is starring Limow. In this film appear scenarios like the cities Grottaglie, Barcelona and Rome.
Spain
2010
2:13 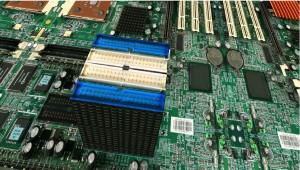 Clara Aparicio Yoldi feat Ruben Darío
Ram_Cities
Video based on a text by José Luis Brea: RAM_city (1000 screens), part of the book cultura_RAM. Mutations of culture
in the age of electronic distribution. It is the transition from a city with “Read-only memory” (ROM) to a city with “Random-access memory”: RAM_city. From a
“file based memory” to a “network memory”. From a “storage memory” to a “factory memory”. In this new city there are no monuments or heroes to commemorate. T he history of this city is not made up of individual moments despotically imposed, ensuring their presence into the present. Here, nothing crystallizes as a fixed memory. It is a continuous exchange, a permanent awakening. Culture is not marked by tradition and inheritance rules, nor by the need to follow the same canon. In RAM_city everything is disagreement, there is nothing to be concluded as real. T he formation of the imaginary is a continuous and open negotiation. Not between individuals and the state, but among the units of work, performance and exchange. In the words of Brea: «T here is no other “sociality” than this one: occasion and leakage, drift and flow, meeting and rapid dispersion– continuous Big Bang «.
Spain
2014
6:20 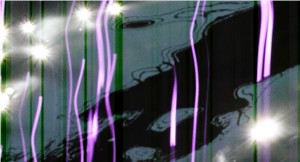 Lisi Prada feat Quevedo
Electric Water
Visual-music with images filmed and edited without further alteration to the possible use of black and white and the temporal manipulation of the frames. What may seem like a visual effect [sprout some flashes propagating vertical lines and solid colors] is only the result of a defect in the lens of the camera lens [an error can lead to a small finding, appropriate here to combine with microsounds and glitch].
Spain
2010
3:15 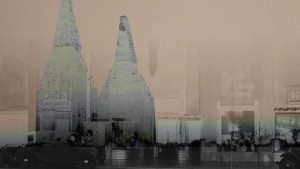 Isabel Perez del Pulgar feat Mario Benedetti
48º N 3ºO
The architecture changes and recreates the territory in successive transformations over time, leaving traces of various intensive, spontaneous and artificial forms. Similarly changing space and environment, modifies and transforms both the economy and the behavior, actions-reactions and psychology of citizens
Spain
2015
3:48 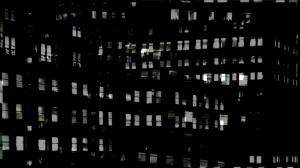 Julia Juaniz  feat Cernuda
So Far, So Close
The history of mankind is the history of migrations. Migrations reflect one of the most serious problems currently facing the peoples. When the immigrant arrives in a new country, their only motive is survival or improvement of living conditions, but they start their problems. One is getting a house, it should be a building built for habitation and shelter against rain, wind, etc. The house is the place where historically the activities and relationships of social or family life unfold from birth to death of many of its components. The world is experiencing a deep crisis. We are on the edge of a lifestyle that privileges the money, output and power against the individual. You have to change lives and create a new society where people are free and fully responsible for their deeds. We will use this in the piece «So far, so close» to play from inside a house, which in this case is a monitor, which will not let anyone in.
Spain
2015
6:10 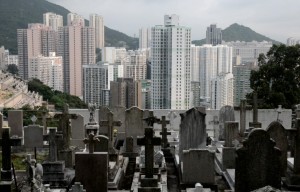 Manuel A. Diestro feat Rosalia de Castro
Displacements
Hong-Kong is one of the densest cities in the world. As there is no much space available, new towns are adjacent to the cemeteries. These days in Hong-Kong the world of the living coexists with the one of the dead. Meanwhile, Hong Kong inhabitants move from place to place. They are waiting for a final.
Spain
2013
9:00 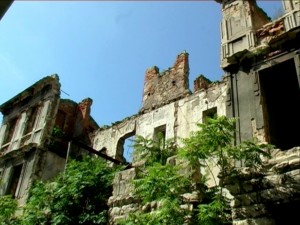 Guzman de Yarza feat Celso Emilio Ferreiro
Souvenir
Mostar, en Bosnia-Herzegovina, was one of the most punished cities during the war. The memory of those years remains readable in almost every single façade of the city. It is difficult to understand such amount of horror and violence.
Spain
2006
4:11