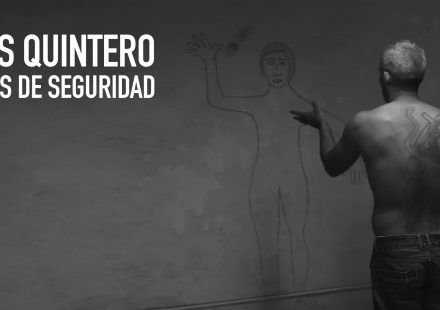 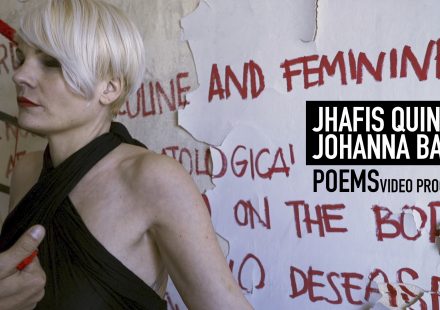 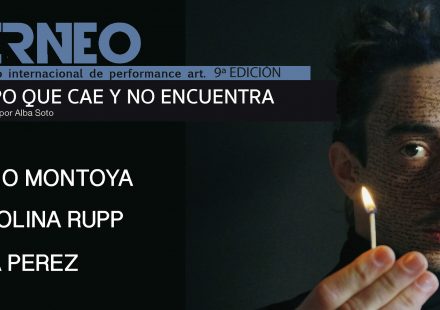 Point-blank approach to the work of Jhaﬁs Quintero.

The absence of freedom, spatial constraints, depersonalization, uncertainty, lack of human contact, have been part of Jhaﬁs Quintero's life experience and, for a long time, have been the axes of his artistic practice. From a corporality located in the prolonged conﬁnement of a Costa Rican prison, the relationship with his own body became closer, learning to spend time alone and to play with himself, studying, in turn, ways of taking care of others, establishing mechanisms of survival and adaptation, maneuvers of resilience and actions of reconstitution of his own psyche.

In this set of works, Jhaﬁs Quintero introduces us to his very personal vital universe. The artist has constructed a particular language from which he makes us part of what has been experienced and apprehended in the chilling rigor of the cell. He shares with the spectators, the codes, the secrets and the metalanguage used during his seclusion to contact with the other(s) and prevent the alienation of his own humanity.

The materiality of his work brings us closer to the creative devices generated by conjunctural needs that speak to us of a secret, parallel language, a hidden jargon revealed through a rough and powerful aesthetic based on the rough textures of cement or the roughness of vulgar objects such as boots and knives, but in which he achieves subtle mutations that make them beautiful.

On the other hand, the video-performances shared in this exhibition reveal to us an artist who knows time, who manages it satisfactorily, possibly because he has gone through experiences in which he had to manage it meticulously day by day. They are audiovisual creations that are based on ﬁxed shots, more or less closed and static, that require maximum attention to the gaze, and where the intensity of the actions border on risk, with the boundaries of the mind, body, physical space, with the limits of their own skin, generating excessive tension in those who face them.

Jhafis Quintero (Panama, 1973) lives and work in Europe Plastic artist and writer. Jhafis Quintero began his career as an artist while discounting 10 years in prison in Costa Rica, at the hands of the artist Haru Wells, who was determined to demonstrate that art is an effective substitute for crime. His prison experience plays a prominent role in his work, with a unique perception of the passage of time and its implications for a body immersed in that particular time frame, and a constant reflection on death that slides over the life of the interns. His artistic practice arises from his personal experiences in the prison world, silence, insecurity, but also imagination and creativity aimed at finding means of survival. He has had personal and group exhibitions in museums in New York, Texas, Madrid, London, Barcelona, Istanbul, Brazil, Argentina and Tazmania, among others, and his work is part of private collections such as Daros (Switzerland), Cisneros or the National Center of Fine Arts of Paris. He is the author of 'Máximas de seguridad',' 'Los dueños del mundo' y La Casa de los Geckos'.