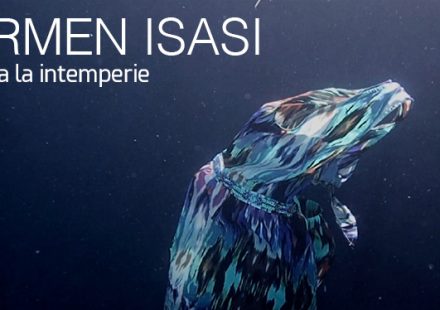 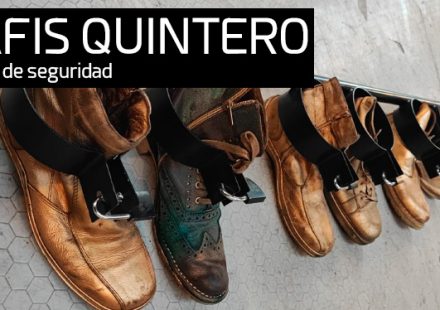 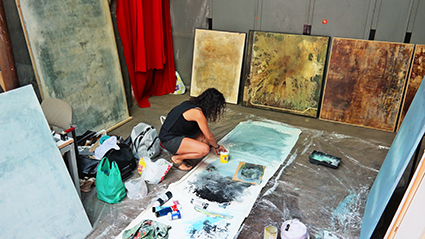 Ana Devora is a Visual Artist and Cinematographer born and raise in Madrid, 1987. Currently lives between Rome, New York and Madrid.

According to her own website, her work is a reflection on the grammar of cinema and the relationship between visual art platforms and film festivals.
Devora earned a Bachelor’s degree in Fine Arts, specializing in Painting, Photography and Audiovisuals from the University Complutense of Madrid in 2010 and a Master Degree in Cinematography at Shot Academy, Rome 2014 Expanded Cinematography at Global Cinematography Institute (LA – 2015), she attended well-known workshops of Cinematography and Graphic Design in various institutions in Madrid, Italy and NY; Taller de Cine Pablo Alvort. (Madrid – 2006), Workshop of Cinematography Caprarola (Italy – 2009), Arri Cameras and light workshop (NY – 2013),

Before finishing her studies in Fine Arts from 2008 to 2011 she began working as personal artist assistant for the renowned international Visual artist and filmaker Marinella Senatore. Ms. Devora employed her cinematographic and visual art skills in the areas of cinema- tography, photography and editing. creating the various visual artistic works with Ms. Devora working in a lead role producing the visual image.

From 2012 to the present she is currently working in her own artistic research and projects, using different mediums as painting, installation, video art, and photography, while works as cinematographer and camera operator for the Film Industry.

She also did Collaborative projects as a filmaker for International artists and directors such as Pietro Ruffo,for the video “The Freedom and its disease”(Italy 2010); Laura Lona in her video performance “Devenir”; artist Richard Garet at MAAS in his performance “Working with sound in real time” and “Light, motion and radio disturbances “; artist Maria Evelia Marmolejo in her performance “May 1st, 1981 – February 1st, 2013”; artist Shaun Leonardo in his performance ‘Untitled (A Performance Project)’ and taking the photos for the Leonardo’s athletic work as part of the Contemporary Arts Museum Houston’ exhibition “improvisatory percussion with Greco-Roman wrestling”(2013); Nazir Ahmad Hausawa, taking the photos for the music cover of his new Album “Ziriums”; the film director Nicola Stefano Zurlo, working as a cinematographer for his documentary “Z’EV Documentary” (London 2012); she also collaborate with the production designer Zahira Barneto offering an artistic installation piece for the façade of a high-end hair salon, Pickthorn, located in Bushwick, Brooklyn, NY, due to their intervention Pickthorn is the winner of The Best Hair Coloring in New York 2013.

Ana Devora aims to illustrate how reality changes depending on an individual ́s geographical background and social point of view, in contrast with what is shown to us as everyday reality, whether that might be through private life or through the media.
The main point to bear in mind for the artist is the interaction between people from both outside and inside the local community, investigating concepts surroun- ding the absence of communication, she means all that is hidden in the process of the relationship between others. The different points of view that each person has in psychological or geographical terms.

The wallls that each person puts in front of themselves, consciously or uncounsciously, most often due to fear provoked by a particular situation.

Her projects revolve around a psychological open debate which invites the individual to reflect and consider the communication, or indeed lack of communication that exists between individuals.

In each project, she follows a specific route between key locations, whereby each stop presents a different scenario in a different location, and each person that she comes across on this journey has the potential to feature as a character in her work. Her aim is to expose everything that the human eye does not normally see, everything that is hidden in each individual, and is never shown or observed, going against everything that we know and everything we are led to believe, a reality that in a certain way, is interpreted in a very objective way which can either seem real or pretend to be real.

She describes Cinema as the music of light, she plays with the light and shadows to create volume into the frame, and works with the movement of the camera in relationship with the characters in a scene. She uses the technology that fascinates her or that suits her purpose in each project

She gained the experience of filming reality with a cinematographic eye, even if she is filming a documentary, she comes up with something in her mind and then she tries to find that in reality.
The best way to film is feelling the body lenguage and dance with them at the same time with the camera movements. Her background as a painter and photo- grapher allows her to frame and light the scene, giving to her projects an specific and artistic point of view mixing reality and fiction.

According to her own website, her work is a reflection on the grammar of cinema and the relationship between visual art platforms and film festivals. Devora uses situations taken from reality in such a way that the public space seems to become a gigantic film set or for the contrary she recreates and lights the perfect stage. With her key eye for photography, she creates a new cinematic reality. As a cinematographer she usually modulates the light. In short, she creates a very specific style for each film, and she slowly started to drift away from her own rules to achieve a specific look that matches the storytelling.